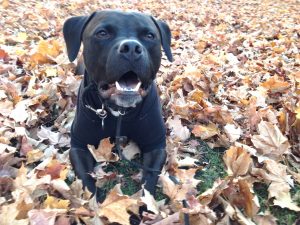 Closure. I was not sure there was going to be an official end and even less convinced it would give me the warm fuzzy, sky seems brighter, birds chirping louder and more joyous feeling that I was hoping would wash over me. But, I drove 400 miles, my GPS guiding me through small towns and gorgeous landscapes that trumped the straight shot of dingy highway; filled with speeding semi trucks that I had taken for the past 15 years from Ohio. And, I needed it. I yearned not to be on auto pilot and experience the thrill of a road trip; like I did so many times as a little girl, next to my Nanny who always stopped for smiley face pancakes. She knew they were my favorite. I was craving the time to cry and reflect on my amazing grandmother’s life, to mourn for myself and who she was to me; even if I was a bit grumpy about the fact that I came home to Chicago a day earlier than I had planned to attend court for the dogs who attacked Gavin and I.

As I stood in line, waiting for my bag to be scanned; I knew the last place I wanted to be was standing behind someone who could very likely have been the guardian of the dogs who attacked us. The intense security system gave me no sense of relief; the Chicago court house is a dismal, weird place to be on a Monday afternoon. It was almost time. I was about to see the man who neglected to keep his dogs in the yard and who changed what walks were to me, meditation with my dog. Hopefully, not forever. I envisioned a Judge Judy episode, I was not ready. My heart had so much fight in it, for my Gavin. But, I was tired, sad, and certain I shared the same misplaced look that I saw in the faces surrounding me. Everyone turned their head, then immediately went back to staring into space or tapping their heel when my name was called.

The prosecutor seemed surprised when I told her one of the dogs bit both Gavin and I, many times. And, that the whole experience was frighteningly brutal. I could feel the fury stirring in every ounce of my body when she pronounced that the police officer who took our report neglected to put the word “bite” ANYWHERE on the citations. How was that possible? She saw Gavin’s battered body, she remarked on the growing purple bulge on my left hand. And, rather than standing at a podium pleading my case, the lawyers in the tiny room who seemed overwhelmed and extremely overworked had no more to say, but, for me to take a seat again. And, wait.

Then, I watched him, the man, walk in to meet the same trying-to-be pleasant, young woman I just spoke to. I could barely look at him; I thought I would want to berate him. But, instead, I was afraid of him and could not bring myself to look into his eyes; and I am not sure why he scared me so much. He seemed young, nervous, and his head hung repentantly low. The prosecutor sent him back to standby on the long, bulky wooden benches and called me in. It was like some of sort of ping pong game. Though, without the fun. She said the attacker’s guardian did not mention anything about inflicted bites. Well, duh, a button down shirt and dress slacks are not the sole ingredients for a person to be painfully honest. She further shared, that the situation was more complex because the tall, dark haired man who cared enough to attend the hearing was guardian to only one of the dogs, his sister was a no show. And, because I still had no idea which dog ferociously charged and wounded us; I would need to take yet another day off the following week to assure her citation was not tossed out.

After more waiting and more watching and more wishing that I was anywhere but sitting in that court room; I was called in one last time. The prosecutor told me she was going to enforce the $340 ticket to the gentleman. But, she was not going to pursue any financial reimbursement for my medical bills, Gavin’s veterinary care nor any of my lost wages. I thought for a second about looking into the bills on my own. But, decided that the risk of giving my address and phone number to the people who I reported to the police and pursued dangerous dog labels for their barbarians was not worth it to me. Despite the pain of it all, I was so touched that all my clients who I had to reschedule their sessions during the whole ordeal were so lovely and supportive; true dog lovers are the best!

A few days later, remarkably jittery, I dialed the number of the inspector who came to the house to take our Dangerous Dog Report after me stalking Animal Care and Control for days; to the point I was sure I was on a “Do Not Pick Up” list posted in everyone’s work space. I could not imagine what his job is like nor the horrors he sees every day but he kindly informed me that due to the severity of Gavin’s attack, he did deem both dogs as dangerous. And, five days later, I received copies of the letters with detailed regulations requiring both brother and sister to comply so those dogs NEVER get out of their yard again.

And, I felt peace, for the first time in over a month.

It has now been five months since we were attacked and I was pulling onto my street on the most amazing 70 degree Monday in November; beaming with excitement that a couple of hours unexpectedly freed up in my day and I was going to enjoy a long walk with Gavin. The sun was shining so beautifully through the rustling leaves, just like the morning we were attacked when I saw HIM. THE GUY. His unconcerned face is etched in my mind forever and even at a distance; the breed, the gait, the size of the dog was undeniably recognizable. As I rounded the corner, I was certain it was them and the muzzle on the dog’s face did not ease the nausea bubbling in my belly as I watched the leash dangle, so casually from his hand. The human was not looking over his shoulder, overtly aware of any dogs within blocks of where he was walking; he looked so mellow that I was nervous to take Gavin outside. So, we waited.

When I finally mustered the courage to enjoy the gorgeous day, I took Gavin to Gompers Park; our pictesque walk that happened to also be as far as possible from where I knew the attacker and his person were headed. Though my heart was racing like a sleek sports car and I was chanting to myself, “don’t let him ruin your walk”; I was heading to my sanctuary. I had re-fueled my spirit for five years along the winding paved path that surrounded the Chicago River; marveling at the trees, chuckling at squirrels and listening to birds chirp in unison and with such harmony that it always stripped the tension of traffic, technology and sometimes, the very emotional situations that I am brought in to help make better. Exiting the park, I have always felt taller, my heart lighter, and my compassion and intuition restored for those who need me most. We sat in our typical spot, Gavin acting like less of a twirp about not being able to chase trees anymore. And me, thinking of the church bells that I heard once, and only once, when Finn whispered his last breath in the very place I was sitting upon a mound of leaves I hand raked into a makeshift seat cushion so my pants would stay dry.

As I sat next to Lil’ Big Head, feeling his tail whack my spine with delight whenever he spotted a person; wiggling and play growling and bowing as they laughed at the ridiculous way he holds both Chuck-It balls sideways in his mouth, at all times. I was so at peace. Though worry propelled me in the direction I chose to walk Lil’ Big Head; I was overcome with appreciation for the time I was given that afternoon and the calm that enveloped me knowing there was nowhere else I would have rather been than listening to the sun-bleached leaves crunch under Gavin’s paws as he dove for his balls, over and over again. And, I looked around at the marvelous color cornucopia of leaves: honey-crisp apple, chartreuse, deep maroon dipped in neon green that punctuated the lone, almost naked tree; with one leaf flickering, holding tightly onto a branch that has obviously been beaten, battered and survived many storms over the years. The sun’s rays toasted my sunscreened cheeks so much that I felt tears begin to gush down my face. I was so overwhelmed by the beauty that surrounded me that I could not help but think of my Finn, Jim, Nanny; three spectacular beings who have shaped my life and will always matter so much to me. Three enormous losses, three years in a row. I was not sure if I was crying because I missed them terribly or if I was grateful that they were in my life, or both. But, I needed the release as much as my soul was thirsty to drink in the fresh air. And, when Gavin and I started the lingering road home, I felt safe again. Hopefully, for a long time.