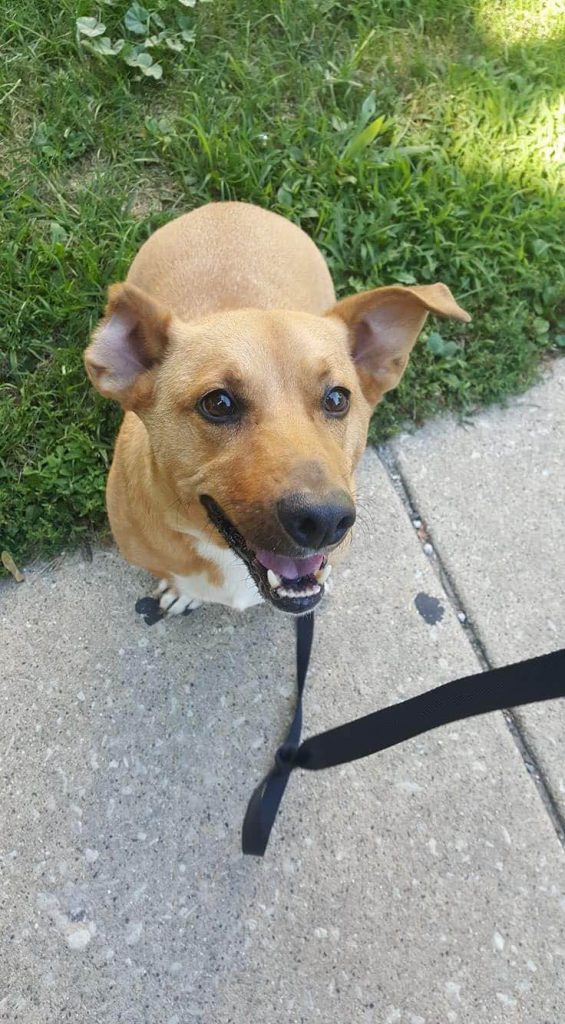 How many times have you griped about your neighbors’ off-leash dogs?

And how often do you rant on social media about the clueless person who continually brings their biting, snarling pup to the dog park?

We’ve all been frustrated by random acts of jerkiness in the city, especially when it negatively impacts our dog’s training or well-being. But no one is perfect. Before you judge that person on the street, triple-check that your neighbor would not mumble “what a jerk” when walking away from you and your pup.

Here are three tales to tuck away in your mind before your next walk.

A story of awareness: A few times a week, I see a woman walking her hyper, seemingly-friendly, VERY vocal dog. And EVERY time Gavin and I encounter the pair—the woman STOPS walking while her dog stares at us BARK! BARK! BARKING!

I’ve never talked to my fellow dog guardian. She has no idea the trauma Gavin experienced a couple of summers ago nor the anxiety we’ve overcome this year. I try not to fault her, but her staring, barking, lunging dog frightens Gavin. Whenever I see her, I run-walk in the opposite direction.

The woman walked closer and stopped. SHE stared at me, and her dog started lunging and barking. Gavin looked up at me with his “oh crap” eyes. I said, “Ma’am, if you just give your dog more space, it will be much easier for everyone.” I wasn’t rude, nor did I want to be. Thankfully, she walked away.

We have to remind ourselves daily that our dogs are our responsibility. And we have to pay attention to others. If a fellow human being looks like she is trying to avoid you and your dog, be respectful. Maybe the person is allergic to dogs. Perhaps she was attacked. Maybe she had a bad day and wants you and your dog to leave her alone.

Responsibility tale: Lucky (a dear client’s beloved pup of six years) adored dogs so much that she moved to a neighborhood with MORE dogs. On a walk, she saw a man and his two dogs. She noticed the man tighten his dogs’ leashes, so she gave the trio space by moving Lucky into the parkway to pass them. Despite her efforts, the two on-leash dogs brutally attacked Lucky. Her once happy-go-lucky dog lost an ear as she desperately tried to pull the dogs off her dog. After that, Lucky barked non-stop and panicked when anyone passed them from the moment they left her apartment building until they came back home. It was awful.

But the trauma wasn’t all Lucky and his loving mom experienced that day.

The guardian of the two dogs yelled at her, “WHY DIDN’T YOU CROSS THE STREET? I HAVE TWO DOGS! YOU SHOULD HAVE KNOWN BETTER!” He filed a police report citing that the attack was her fault. Lucky’s mom wanted to focus on nursing her dog back to health, emotionally and physically—not defending herself to the police.

The decent human response would have been, “I’m sorry. I’ll pay for your veterinary bills. Here is my contact information. Oh, my goodness, I’m so sorry that one of my dogs ripped off your dog’s ear.”

Fortunately, our not-so-Lucky four-legged friend is doing MUCH better, thanks to tons of love and a mom committed to his training. But the whole ordeal would have been easier for Lucky’s mom if the man had taken responsibility for his dogs’ actions.

Sometimes we try and fail story: I have a tale about a woman who probably thinks I’m a giant jerk. I tend to walk Gavin during the morning school rush hour—partially because of my schedule, partly because Gavin loves people. Kids, parents, teachers stopped to pet Gavin, as they often do. Lil’ Big Head was SO EXCITED. I’m sure he thinks all the people are there for him, and only him.

Gavin was oblivious, gleefully prancing along the sidewalk, hoping every person who approached us would ask his favorite question before continuing on their path. And I wasn’t quick enough…

The woman walking in front of us grabbed her son’s shoulder and walked further into the parkway to get away from us. I started to cue Gavin to walk closer to me, but she was walking slower than I anticipated. When Gavin turned towards me, as asked, his whip-tail grazed the back of the woman’s shin. I apologized as it was happening. I tried to be respectful of what I thought she wanted from us. But Gavin’s tail is 17 inches long, and I misjudged the moment.

The woman gave me a death glare over her right shoulder that still makes me shudder. I could have yelled at her, as we all see happen on the street ALL the time. My guess is, that would have just made the woman angrier with me and certainly wouldn’t have increased her affinity towards my dog. It wasn’t Gavin’s fault. It was mine. So, after apologizing (ad nauseam) while I walked away, I vowed to do better next time.

Look up, friends. Let’s all do our best not to be called a “jerk” today. We all have to share the streets.